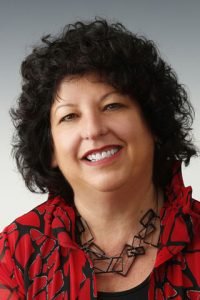 Diane Kaplan has made some of the most signicant  contributions to arts, culture and philanthropy in the  state’s history. Because of her vision and unwavering  commitment, vibrant museums and cultural centers  across the state reverberate with Alaskan voices. Vital community and health centers anchor civic life in rural communities. And the quality of life we all share – now and in the future – is enriched by her unrelenting focus on the strategic recruitment and deployment of philanthropic resources to bene t all corners of the state.

First arriving in Alaska to lead the state’s 28-station public radio network,  Diane was a tireless advocate for diversity and increasing the number of Native Americans and Alaska Natives in public broadcasting. She developed the nation’s first daily Native American news program and indigenous broadcast center, resulting in the eventual founding of Koahnic Broadcast Corporation.

Named president of Rasmuson Foundation in 2001, Diane has helped guide the institution to national prominence. The Foundation’s high-impact initiatives – transforming rural dental healthcare; aligning partners to battle alcohol’s impact; and elevating awareness about the essential role of artists in healthy communities – were all launched under her tenure.

Her commitment to the transformative power of philanthropy will likely have the most enduring impact on Alaska. Diane has grown Alaska’s philanthropic culture by working at multiple levels: she was instrumental in creating Pick.Click.Give; she incented the growth of local funds in nine Alaska communities; two decades of Grantmaker’s Tours have introduced the country’s largest foundations to Alaska investment opportunities; and she was a driving force in growing the assets of the Alaska Community Foundation to more than $100 million. 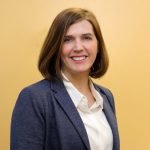 Lisa Aquino has guided the creation of a wide range of programs, services and partnerships in Alaska, and internationally, designed to improve health and wellness for all people. She graduated with a Masters of Health Science from Johns Hopkins University, has published numerous scholarly articles in the field of epidemiology, worked with youth living in extreme poverty in South Africa, and is now the Executive Director of Catholic Social Services, where she is helping to lead the city in addressing homelessness as a public health issue.

Lisa has mentored women at all stages in their careers with practical advice and steady support. She is resolute in her commitment to make the world better, is undeterred by obstacles, and is relentlessly positive. In even the most frustrating situations, Lisa sees only opportunity. Ask anyone who knows her, Lisa’s response to any setback is always, “It’s going to be great!” 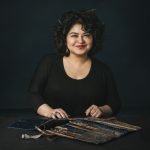 Indra Arriaga grew up in a small rural town in Veracruz, Mexico, in her grandparents’ large household. When her aunt and uncle in Texas offered to adopt her, the decision was left up to Indra and she eagerly accepted because, like Maurice Sendak’s character, a terrier named “Jennie,” she believed that “there must be more to life than this.” She was seven.

Her new parents were immigrants who lacked formal education but provided Indra with a private Catholic school education. Her trajectory took Indra from San Antonio, to London, to San Francisco and to Alaska where she juggles many hats and has a Westie named Tallulah as a sidekick.

Alaska has provided Indra with great opportunities to engage with and create community around the arts, co-found cultural events, launch and contribute to the bilingual newspaper Sol de Medianoche, and work throughout the state forming language panels to translate voting materials into Alaska Native languages. 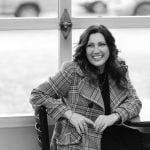 Charity is the dedicated co-founder of two nonprofits: Beacon Hill Alaska (foster care/adoption agency) and Heart of the City Church (800 congregants in downtown). She is a licensed securities and insurance professional, ordained pastor, and meaningfully active volunteer in 100+ Women Who Care Anchorage, Alaska Chamber of Commerce, Anchorage Rotary, and Anchorage Downtown Partnership. Charity’s selfess focus is on helping children and families.

She and Kris, her husband of 24 years, began as foster parents when she was 21 and have had a total of nine foster children, four children and two grandchildren. 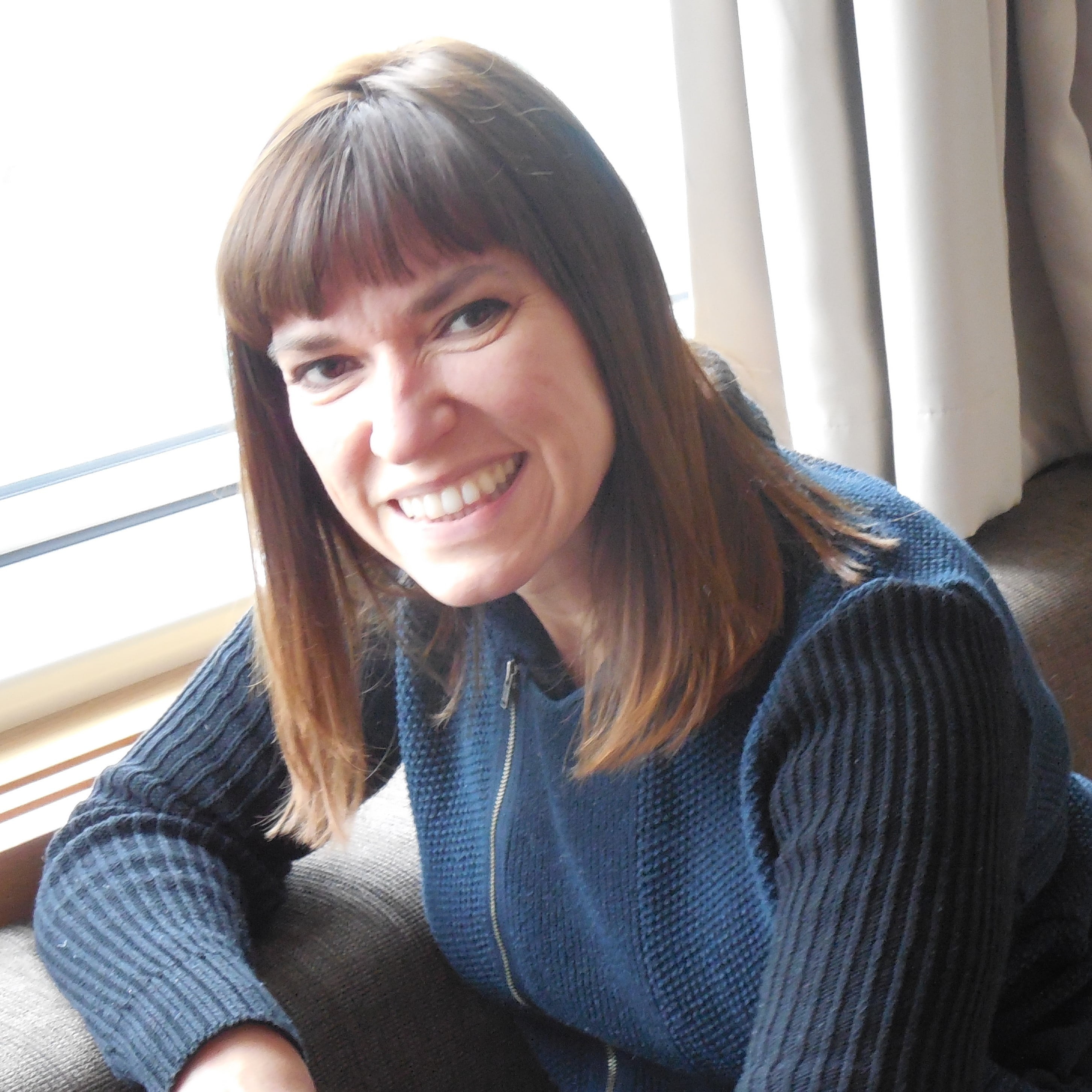 When Linnea Cummings founded Alaska Dinner Factory – convenient meal preparation of ready-to-heat healthy meals – it was already a boon to busy, working women who needed to provide for their families. Not stopping there, she went on to include delivery and meals for seniors and vulnerable
recipients.

Linnea is all about helping other women and was one of the charter members of Women Entrepreneurs of Alaska. She sources her ingredients by buying Alaskan, has been a school/business partner for years, and has served on the Friends of the library board. Linnea is presently a trained volunteer with the Long Term Care Ombudsman’s Office, monitoring assisted living homes.

But where Linnea really shines is in the support, mentoring and professional development she offers her mostly female workforce. Not only does she help them visualize better futures for themselves, she guides them through the responsibilities, obligations and practices of employment to realize those futures. 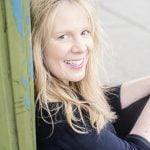 Mentoring future leaders is the cornerstone of inspiration for Lise Falskow, president and CEO, Alaska World Affairs Council (AKWorld). A catalyst for professional development, learning, change and education, she has spearheaded numerous barrier-breaking events helping to shape Alaska’s next generation of leaders.

Born and raised in Alaska of parents who immigrated from Norway, Lise recognized early in her career the need for building professional networks throughout Alaska’s diverse industries. Connecting young people with business leaders is a passion she has pursued both personally and professionally. Speed Mentoring, a program she created, links high school students with industry leaders to provide a glimpse into different professions prior to college. The 2019 event is expected to pair 300 students with 64 local business mentors.

Fostering ideas and synergy among people is a powerful motivator that deeply resonates with Lise who is also the Norwegian Honorary Consul for Alaska. When people work together to create something bigger than themselves, great things happen. 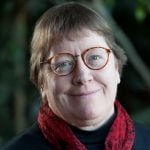 Pam is known for her work toward achieving state, national, and international chemicals policy reform to protect environmental and human health in the Arctic. Alaska Conservation Foundation awarded her the Olaus Murie Award in recognition of her “long-term outstanding professional contributions to the conservation movement in Alaska.”

Separately, she received the Meritorious Community Service Award from the Board of Regents of the University of Alaska. In 2016, she was elected to serve as the co- chair of the International Pollutants Elimination Network (IPEN), a global network of more than 500 environmental health and justice organizations from 100 countries working for a toxics-free future. 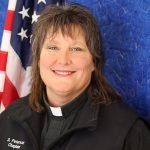 Diane serves as executive director of the Alaska Police and Fire Chaplains Ministry and as volunteer call out chaplain for the Anchorage Police and Fire Departments. In these roles, she provides spiritual guidance and counseling to those in need.

Diane recently received her board certification in clinical chaplaincy and pastoral counseling. She has extensive training in crisis negotiation and suicide prevention, is a certified trainer and co-facilitates survivor of suicide meetings. Diane has received many awards, including the Alaska First Lady Volunteer Award and Hospice Humanitarian Award. She has five children, two grandchildren and does missionary work around the world. 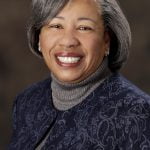 As a financial advisor at First Command Financial Services, Angela Ribuffo provides customers with innovative financial planning options. She believes her continuing education benefits her clients and holds board certifications as a CFP, ChFC, RICP, CDFA and CLTC. A leader in the financial
services industry, Angela works to move the needle from conversation to action. She has been recognized by multiple national news outlets, including as one of Investment News 2018 Women to Watch.

Angela serves on several boards, including the National Women in Insurance and Financial Services where she was selected as the first African American president. Angela is on the Anchorage Chamber of Commerce Military Advisory Committee and is an Honorary Commander of the Alaska Air National Guard.

Angela is committed to supporting and encouraging women. A natural leader and mentor, she believes all women excel when afforded mentorship and advocacy. Angela and Steve have been married for 37 years; they have two sons, two grandkids and a golden retriever. 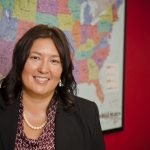 Jaclyn champions the advancement and professional development of women in journalism, broadcasting and nonprofit administration. She works to sustain Alaska’s Native languages through creative radio programming and she received the Award for Media Excellence from Native Public Media.

She also has been recognized as a YWCA Woman of Achievement and Top 40 Under 40. Sallee serves on committees of several nonprofits including Rasmuson Foundation Committee, Recover Alaska Committee, Alaska Broadcaster’s Association Equal Opportunity Committee and the Music Play Committee of the Station Resource Group.

She has served on the boards of Alaska Press Club, Native Public Media, YWCA, CIRI Foundation and The Foraker Group. She is a Rotarian, is married to Thomas Flynn and has a daughter, Charlotte. 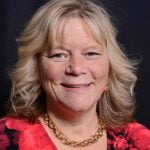 After graduating from Pepperdine University with a degree in communications and political science, Lisa Sauder spent several years in banking and the tourism industry in Anchorage. While living in Pennsylvania, she served as Executive Director of various youth organizations, orchestrated First Friday events and ran her own PR and marketing business.

After moving home to Alaska, Lisa served for two years as the Executive Director of the Alaska division of the American Heart Association before taking on her current role as Executive Director of Bean’s Cafe in 2013. The word “firecracker” was used to describe Lisa more than once by women supporting her nomination. She is a passionate, articulate and outspoken advocate for Anchorage’s most vulnerable citizens, and a dedicated mentor and friend to countless women. Lisa is known for her warmth and humor, her delicious cooking, and her dedication to family and community.