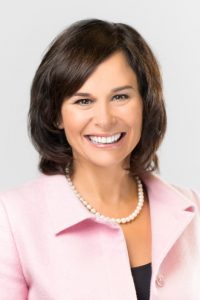 Serving as President and Chief Executive Officer of Cook Inlet Tribal Council (CITC) since 1998, Gloria O’Neill has led the organization’s growth in becoming one of the most significant service providers in Alaska and the nation.

CITC provides approximately 50 essential programs serving more than 11,500 Alaska Native and American Indian people each year. Through rigorous attention to community-based results, O’Neill has established CITC’s national reputation as a leading innovator of replicable and effective service models for education, workforce development, family preservation, and substance dependency. Through her role at CITC, O’Neill has been a strong advocate for youth and the advancement of all Native people.

Through its for-profit subsidiary, CITC Enterprises Inc. (CEI), CITC established a new model of sustainability for its programs and services. Under O’Neill’s leadership, CEI founded the first indigenous video game company, Upper One Games, LLC, and in November 2014, launched the first-of-its-kind puzzle-platform video game “Never Alone (Kisima Inŋitchuŋa)” with global acclaim. In her role of President and CEO of CEI, O’Neill also serves as Executive Chair and Board member of partnering agency E-Line Ventures, LLC. CITC is now a 30 percent shareholder of E-Line.
Among her many additional roles in service to Alaska and the nation, O’Neill currently serves as chair for the University of Alaska Board of Regents and is a Fellow of the Annie E. Casey Foundation Children and Family Fellowship Program.

O’Neill earned her Master of Business Administration from Alaska Pacific University and received a Bachelor of Arts degree from the University of Alaska Anchorage.

Originally from Soldotna, Ms. O’Neill is of Yup’ik and Irish descent. She is married to Roger Phillips and has two stepsons, Owen and Hunter Phillips. O’Neill’s adult daughter, Ravyn Nothstine, recently graduated from Dartmouth College. 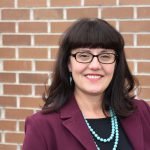 Denali was born, raised, and educated in Alaska. She grew up in Kasilof in a log cabin on a homestead built by her father. She holds a Bachelor of Arts in Psychology and Masters in Public Administration, both from the University of Alaska, Anchorage, and has spent over twenty years serving Alaska’s interests.

Her work has influenced major initiatives such as renewable energy, health, utilities, professional licensing, criminal justice reform, senior services, education and early childhood development – all with rural and tribal Alaskans in mind. Denali’s professional career began in 1996 when she served as a legislative aide in Juneau. After many other positions, she served ten years at the Denali Commission.

Denali has traveled to hundreds of Alaska villages and communities, leading strategic, often high profile initiatives across the state.  In 2012, she founded Denali Daniels & Associates, where her team provides clients with facilitation, strategic planning and policy support. 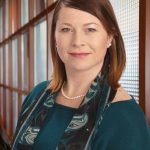 Grace first arrived in Alaska in 2008 after serving eight years in the U.S. Marine Corps as a helicopter pilot, deploying three times to combat zones in support of Operation Iraqi Freedom.  Today, Grace serves as Vice President of TOTE Maritime. As a woman leader in a male-dominated industry, Grace inspires other women to strive for their best potential, and is the recipient of the 2016 Top 40 Under 40 Award and the 2017 Alaska Business Hall of Fame Denali Award.

Grace shows that compassion for others has no limits—she gives back to the Anchorage community with her service on numerous boards, including Covenant House Alaska, Providence Alaska Foundation, the Anchorage Mayor’s Charity Ball, and U.S. Senator Dan Sullivan’s Military Academy Review Committee. As a veteran, business and community leader, wife, mother and friend, Grace believes that there is no greater reward than helping others achieve their best personal confidence. 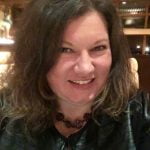 Amie is a wife, mother of four and grandmother of six.  She is on the board of directors for the Miss Amazing Pageant, Anchorage Fur Rendezvous Festival and is founding board member for AKRhinestone.  Amie owns Ignite2Motivate and she also works in the Epidemiology Center at the Alaska Native Tribal Health Consortium.

She is a keynote speaker, a Pioneer of Alaska and a committed volunteer in over 25 organizations. Amie’s passions include connecting, educating and inspiring youth to be involved in their community.  Her next chapter includes plans for mission work and hopefully some cross stitch & a good book.

Just a few of her recent accolades include the Distinguished Toastmaster Designation, a Heart of Anchorage Award and a grant from 100+ Women Who Care Anchorage for her family’s birthday project at the Salvation Army McKinnell House. The three words that best describe Amie are overwhelmed, overcommitted and overjoyed!

Kelly is a passionate advocate for the organization’s mission. Her nominator, Gloria O’Neill, says “Kelly is a tireless advocate for other people, particularly women.”

Kelly started her career in the Peace Corps as a Maternal and Child Health Educator in Cameroon, West Africa. Later, she was instrumental in fundraising efforts for the American Red Cross in Alaska, as well as serving on the Public Affairs Rapid Response Team for national crisis response and on the International Response Teams handling disasters.

Kelly serves on the board for the Association of Fundraising Professionals and is founder of the Anchorage Chapter of Dining for Women. She is a Certified Fundraising Executive, was named to Alaska’s Top 40 Under 40 in 2005 and is a graduate of Leadership Anchorage. She is one of the few Humanitarian Law Instructors in Alaska and has a master’s degree in Philanthropy and Development from St. Mary’s University of Minnesota. 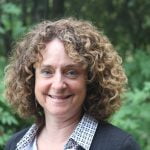 Mara has already accomplished more in the 30 years since her college graduation than most of us achieve in a lifetime.  Her career has focused on ensuring rights and dignity for all Alaskans.  She co-founded the Alaska Institute for Justice, the state’s only non-profit agency providing low cost immigration legal services and language access services. Her recent work with the Alaska Court System focused on improving access to justice for Alaskans.

Mara has taught students at UAA, APU and Seattle University’s School of Law and left a long-lasting impact on students and faculty alike. As First Lady of Anchorage, she is involved with several initiatives focused on equity, resilience and combating human trafficking.

Mara’s resume speaks to her many accomplishments thus far, including her service on the Governor’s Climate Action Leadership Team, the State of Alaska’s Tolerance Commission, the Alaska Bar Association’s Distinguished Service Award, and the YWCA Women of Achievement Award 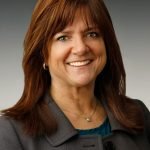 Working at BP for 20 years, Tamera makes decisions daily about how to improve the lives of Alaskans through support of nonprofits and other organizations. As the steward of BP’s multi-million dollar community investment budget, she sees first-hand how to build strong, healthy communities.

Outside of work, Tamera lives that generosity, serving as a three-time big sister with Big Brothers/Big Sisters of Alaska. Serving as a family mentor through the Refugee Assistance and Immigration Service Program which helps match refugees with residents to aid in resettlement, she assisted in teaching them to drive, establish credit, and do their taxes. The bond with the family is so strong, they allowed “Auntie Tamera” to name their baby girl.

Tamera serves on two nonprofit boards and is an inspiration and mentor to women. Quiet and unassuming, she is continually looking for ways to help other women achieve their goals and build brighter futures. 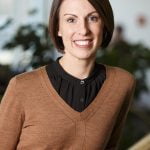 Christy is an accomplished associate professor at UAA, where she teaches courses in the College of Business and Public Policy.  A scholar in the area of communication, she has delivered presentations at professional and academic conferences and published numerous journal articles. She has contributed to several books and is in the process of writing her own book.  One area of her research agenda focuses on women in the workplace and the role of generational communication and experience.

Christy is heavily invested in student success. She ensures students get experience working on community projects and serves as a mentor for students as well as graduates.  In 2015, she redesigned UAA’s marketing program to increase its relevance for graduates who will work in a rapidly changing business environment. In the community, she works to be an active collaborator, seeking out opportunities to be a part of a variety of service activities. 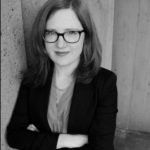 Julia is a third-generation Alaskan. While at ADN, she covered courts, military culture and Anchorage’s immigrant and ethnic communities. She’s written for The New York Times, the Washington Post, The Guardian, and National Geographic, among other publications. Julia was the visiting Atwood Chair of Journalism at the University of Alaska Anchorage from 2015-2017, where she taught food writing, social media, community reporting and digital journalism.

Julia’s work has been widely recognized with numerous journalism awards for human-interest and feature writing, including wining a Casey Medal for Meritorious Journalism for her writing about the eldest daughter in a Lao family translating for her father as he died of cancer and a nomination for a James Beard Award for food writing. Through her teaching at UAA and her many workshops and writing groups around the state, she encourages other women to share their voices and is a role model for young female journalists. 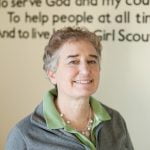 After high school years in Fairbanks, Sue received degrees from Princeton (Economics), Harvard (MBA), Oxford University (PhD). She was the first Alaska woman to win a Rhodes Scholarship and interned for Congressman Nick Begich and Congressman Don Young. She has a wealth of business expertise from holding significant management and board roles across private, non-profit sectors. 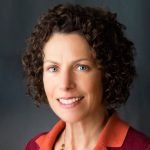 Beth is a life-long Alaskan who has worked on “causes that matter” personally and professionally. Through her her work there she enables donors to create change through philanthropy. She is helping lead a $50 million campaign to grow permanent charitable endowments to meet needs around Alaska.

Prior to working at the foundation, Beth was the Assistant Vice Chancellor of Development for the University of Alaska Anchorage, where she built a top-performing development team. She has served as Executive Director of Alaska Junior Theater, Communications Director for the Alaska Humanities Forum, and Account Manager for Northwest Strategies.
She volunteers with and donates to numerous organizations, including Congregation Beth Sholom, Alaska Public Media, Association of Fundraising Professionals, Rotary, the Anchorage Museum, Planned Parenthood and many more.

Beth is married to John Levy and they have two grown children: Adam and Shira Rose-Levy. Beth and her husband are active community volunteers and philanthropists. 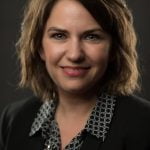 As an outstanding student at UAA, Beth Stuart was offered a job at KPMG, a global audit and tax firm, even before she graduated. Because of her constant pursuit of excellence, she is now the Managing Partner of KPMG’s Anchorage office. She has had many opportunities throughout her career, even serving as a Professional Practice Senior Manager in the firm’s New York office.

Beth could live anywhere in the world with her company, but she chooses to stay in her home state of Alaska to cultivate young professionals and raise two children. When Beth first started at KPMG, only 20% of the office’s recruits were Alaskans, but through her leadership and innovation, the numbers have flipped; now 80% of the new hires come from Alaska, and four of the five Anchorage partners are UAA graduates. She volunteers her time at Junior Achievement, Habitat for Humanity and United Way.