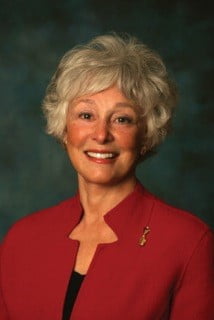 The inspiration for the ATHENA organization originated in Lansing, Michigan in 1980 when Martha Mayhood Mertz, a local real estate entrepreneur and president of an investment organization, was asked to serve on the Lansing Regional Chamber of Commerce Board of Directors.

At that time, not only was she the only woman serving on the board but in
the 75 year history of presenting community awards, the Lansing Chamber
had honored only one woman. Mertz decided to change that.

Through the voice of business, women could participate in guiding and shaping the future. An award was created to recognize excellence and honor achievement, service and assistance to women in business. Thus the ATHENA program was born.

ATHENA is named for the Greek goddess of wisdom. Now the international society bearing her name is located in all 50 states as well as some foreign countries. The organization is administered from its Chicago, Illinois headquarters.

The Anchorage ATHENA Society is a program of the Anchorage Chamber of Commerce that works year round to encourage the potential of all women as valued members and leaders of the business community. Most recently the Anchorage ATHENA Society has reorganized and a number of committees were formed to work on the luncheon, raise money for scholarships as well as explore other activities which will give its members the opportunity to create leadership initiatives, link resources and establish local mentoring and scholarship programs.

The ATHENA Society now approaches 275 members, representing a diverse group of professionals with 11 new inductees this year. The first award was given to Dr. Joyce Murphy in 1988 and then in 1995 it was presented to Eleanor Andrews, the current Anchorage ATHENA Society Chair. That year she traveled to the National ATHENA Conference which inspired her to start the local group.